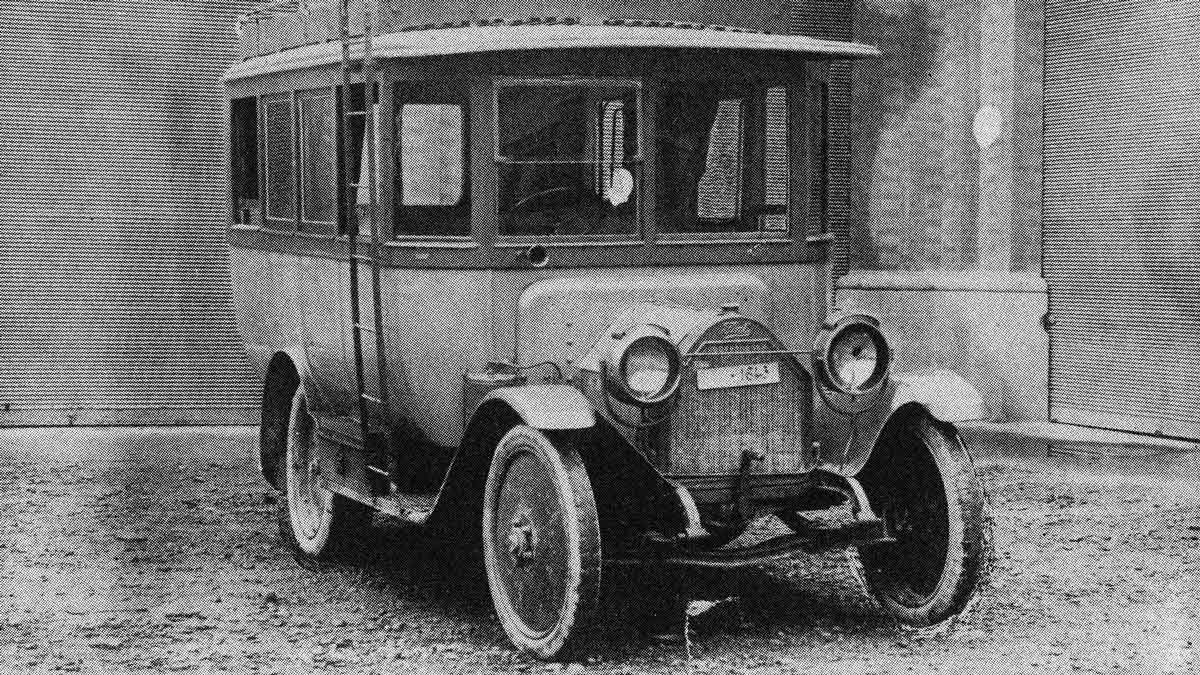 Esitur Tour Operator was founded in 1973 as a Travel Agency within the Crognaletti Group, already operating in local public transport and mail transport since 1881. Over the years we have distinguished ourselves as Tour Operator for the organization of group trips both by bus and by plane.

The synergy with the Autolinee Crognaletti and with its Grand Touring buses has allowed us, all over the years,  to offer to the  customers a service that is always excellent and, above all, safe.
In our packages different kinds of travel are enclosed: from cultural tourism with visits to various museums in Italy and Europe to the skiing holidays. Since our foundation we have always tried to meet the needs of our customers and we continually keep ourselves updated by always trying to improve our products.
Thanks to Esitur, the Crognaletti Group is making the Marche Region known in the world through countless collaborations with local structures, constantly enhacing the incoming tourism sector. 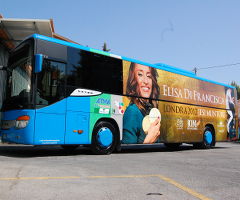 In 2012 Daniele Crognaletti made a bet with Elisa di Francisca at the 2012 London Olympics saying: “If you win a gold medal I’ll give you a golden bus”. And so it was: 2 gold medals and a wonderful bus that was presented on SkySport 24. From this moment was born the idea of making this sport reality a business for the whole city by organizing in 2013 the first international fencing camps with the Olympic champions Valentina Vezzali, Elisa di Francisca and Giovanna Trillini, later called Fencing Academy, an event that now has an annual frequency and welcomes guys from all over the world. These champions over the years have been joined by other international renown champions such as Stefano Cerioni, Valerio Aspromonte, Rossella Fiamingo, Daniele Garozzo, Enrico Garozzo, Francesco Ingargiola, Tommaso Marini, Serena Rossini and Alice Volpi. Over the years we have brought athletes and parents from over 40 countries and from five continents.
In 2013 the Marche Region awarded us with the Value and Work Award, a recognition awarded to companies involved in innovation and redevelopment of the Marche companies. The same award was confirmed again in 2014.
In 2015, sports Incoming tourism has even more consolidated its position with the organization of the hospitality for the Taekwondo national finals with over 1,000 admissions in just one weekend. 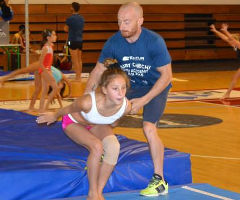 In 2015 the first artistic gymnastics camp was launched with Jury Chechi, “the Lord of the Rings”, a symbol of sport without doping. This initiative event has an annual frequency and brings athletes from all over Italy; the success of this event has made possible the creation of the Jury Chechi Gym Academy.

In 2015 Esitur became an associated company from the biggest local public transport companies in the Marche Region through VectorOne, whose partners have over 600 buses and the entry as partner of Ludovico Scortichini, a reference point for the Italian tourism market with GoAsia Tour Operator, GoAmerican Tour Operator, GoAustralia Tour Operator.
Furthermore,  in 2015 we were the largest tickets seller and the major carriers for Expo Milano 2015 in Marche Region with an average of over 10 buses per weekend, so that the RaiTre Ballarò tv show made a service dedicated to us following one of our trips from center Italy to Milan.

In 2015 Esitur enters the Food Brand Marche: the first food and wine hub in the Marche Region, which gather together 13 agricultural producers of various sectors, from wine to pasta, from meat to olive oil,  including milk products, truffles and tourism. The aim of the initiative, the only one of its kind in Italy, is to promote the Made in Marche quality food products in the world starting from the Milan Expo, becoming also a point of reference for schools, Hotel and Catering Institutes, restaurateurs, companies, producers and tour operators.

In 2016 to strengthen the link with the Marche Region territory, Esitur and Autolinee Crognaletti  took control of the Locanda Strada della Marina www.locandastradellamarina.it, a splendid Country House situated above Senigallia with heated pool and restaurant, immersed in the park of over 2 ha, a small jewel where tourists come to relax close to the sea.

In 2017 we managed and organized the National finals of Ubi Bonsai, where the leading experts in these sectors have met togheter and have worked on their miniature masterpieces in Jesi.

Also in 2017 we managed the whole hospitality of the Uisp National Finals of Artistic and Acrobatic Gymnastics with over 2,400 athletes.

In 2019 we have created a new sport camp called Luca Dotto Swim Academy with the internationally renowned swimmer Luca Dotto who has won the European championships twice.

The first goal of Esitur remains to continue working with our land and give work in our Region, because we are deeply in love with the Marche Region. However, we do not forget, how we were born and that we have made people discover the world through our travels; this is still the road we want to walk with the countless departures from the Esitur catalog that allow our customers to visit every corner of the planet with the various means of transport that we  provide.. 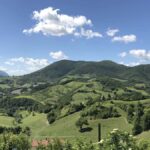 Walk through the Lands of Frattula 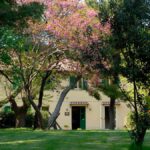 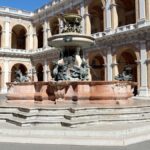